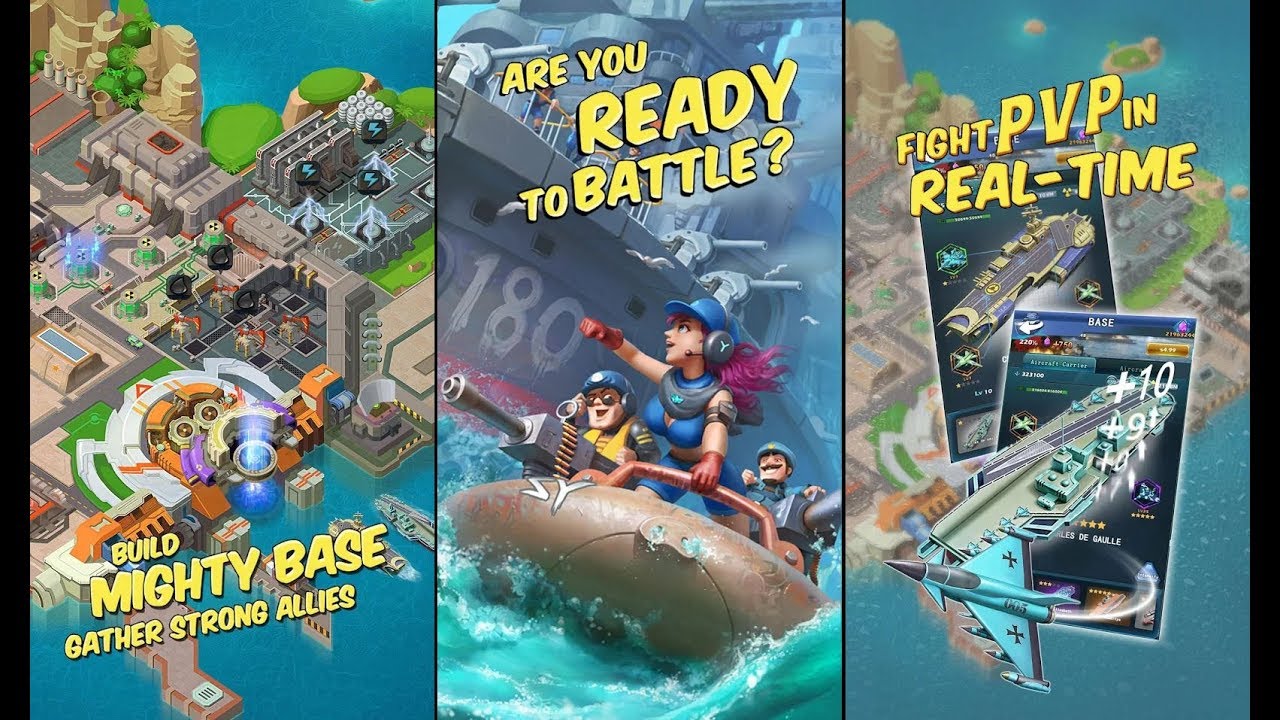 Lead your powerful fleet with wisdom and power in this epic combat strategy game. Fight in countless naval battles with worldwide pirates, sea monsters and players.

Command the most iconic battleships, destroyers and aircraft in history and build your own marvelous naval fleet. Upgrade important tech modules and prepare to rule the ocean!

– Construct Naval Base!
Build your naval base ANYWHERE around the world, defense against attacks from enemy is also needed.

－Form Powerful Alliances!
From all over the world you recruit players, rule the ocean with friends and allies!

– Epic Wars of Players vs. Players.
Battle it out on a scale of world! Foe or Friend, as you decide!

– Explore the World Map
Seek and attack different monsters to get precious prizes.