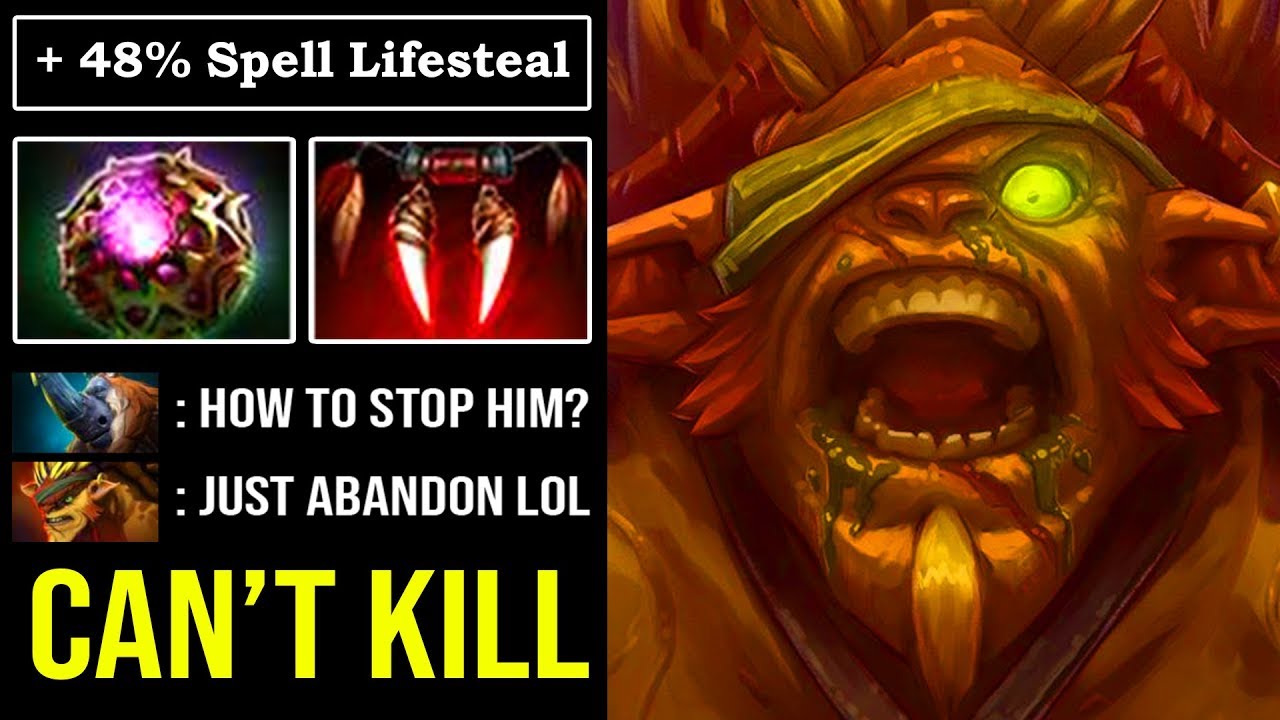 ► This Video Shows: How to Be so Tanky Even Fountain Can’t Kill with Crazy 48% Spell Lifesteal Solo MID 1v5 Bristleback in New Patch 7.23